In the shadow of a five year war

They escaped one kind of hell – only to end up in another one.
Young Syrian girls that have managed to flee to Jordan and Lebanon are highly at risk of being forced to marry.
One in four Syrian girls will be a bride before her 18th birthday.
– I still hope somebody will rescue me, says 15 year old Taghride.

The man who I am going to marry is so ugly. He is fat and looks older than my father. I can’t stand the thought that he is going to touch me, that he will be my husband. I cry often and beg my mother and father not to force me. This ring that he has given me, I want to tear it off all the time. Every time I touch it, I think about how my live is going to be over. I stopped going to school in sixth grade because of the war. They bombed my school, and we moved. I’ve never returned to a classroom, but I miss everything about it. I can only think how unfair it is – I’ve never asked for much in my life. I want there to be food on the table and I want to be able to go to school. But not even that is possible. I need someone who can save me from my family.

He was 28 years old when I met him, and I was 13. I didn’t know so much about what happened between a man and a woman. Before we got married, my mother told me that what happens in the bedroom is normal and that I should think so, that it was normal. First I was in shock. I was scared. But he was diplomatic. Now I’ve gotten used to what is going on, that he touches me. But it took some time. I miss school. I would love to go back to school. My dream is to be an airline stewardess. But I know my husband would never allow that. He says that now my role is to take care of our household. I have now simply accepted that this is how my life is going to be.

We moved here from Homs 3 years ago. I was in seventh grade at home when the war became too intense and we were forced to move. I came here, but my mother is sick and no one can support us, so I could not start school. Instead, I got a job in a lingerie store. An older man came into the store and wanted to marry me. I said yes, thinking that he could help take care of me and my mother. But he became very jealous and angry and controlling, so I got myself out of it. I am glad that I didn’t get to the point of marrying him.

I was 10 years old when the war broke out. After my school was bombed, myfather forbid us from leaving the house. We couldn’t play; it was as if everything just stopped after fourth grade. A 25-year-old man has said that he wants to marry me. He teaches me to read and write. I am glad, I want to marry him. My father and my brother are in Germany and I think that he might be here instead of them. He is nice. He gives me pocket money almost every day so that I can buy small things. I hope that we will be able to get married soon.

My father got $4,000 for me. I was 13 years old, and my husband was 22. On our wedding night, I was so scared that I shook. He noticed how I wedged myself into a corner to hide, so he let me be. The next day, his mother learned that we had not consummated the marriage. She began to scream that people would think he was not a real man and she forced us to do it. So it was not my husband who forced himself onto me, but rather his mather who forced him onto me. But she was still not satisfied. She started to hit me with a belt. I stayed for six months and tried to deal with it, but was mistreated so terribly that I ended up in the hospital. Then, my father took me home again. I dream of getting a divorce one day, but so far it has not happened. 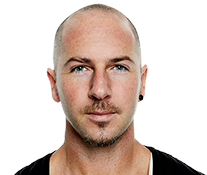 For sale: My daughter